Confessions of the New Kid on the Cul de Sac 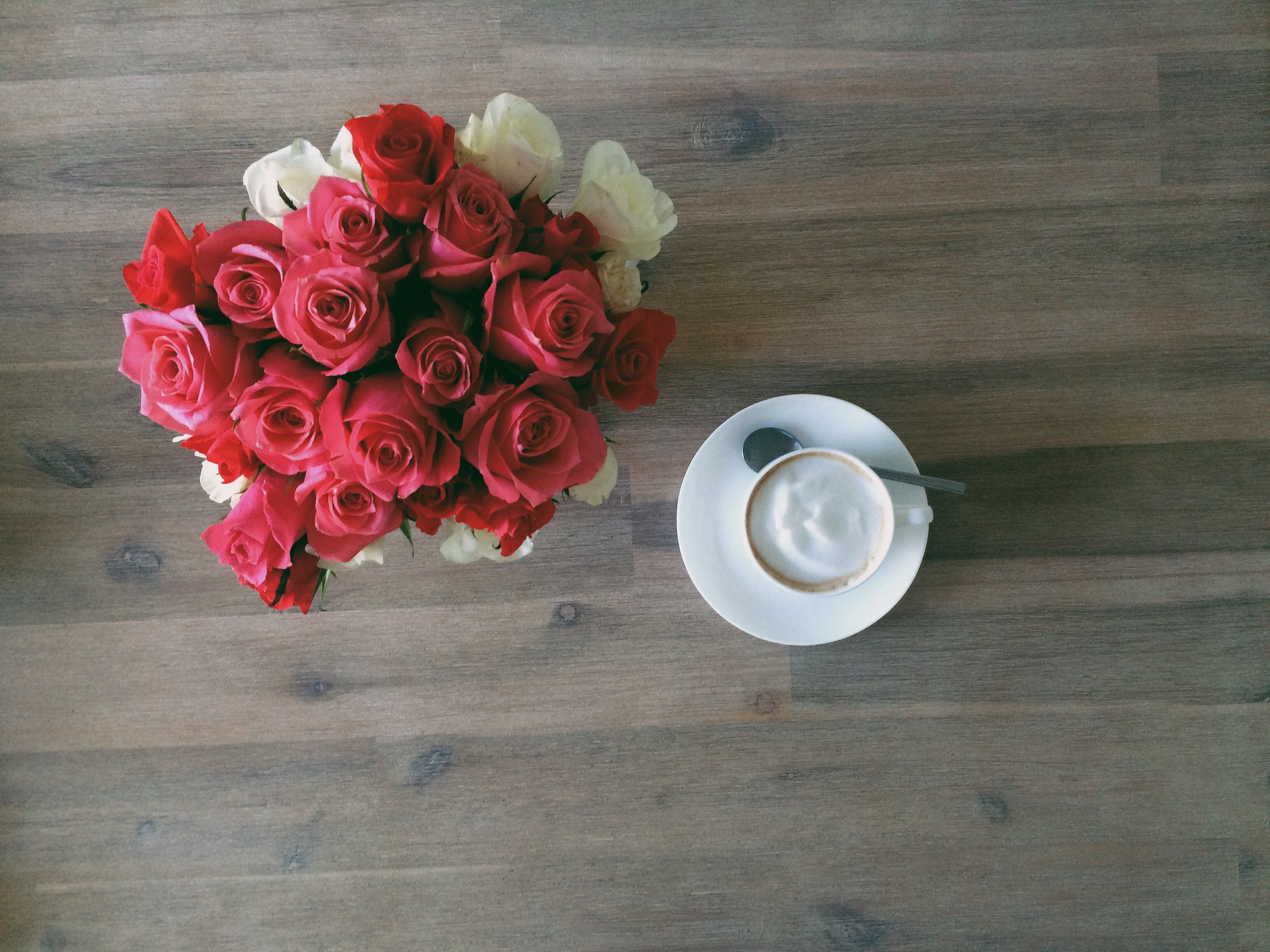 I NEVER WRITE ANY MORE. I mean, I write – but I don’t blog. But I never wanted to be a ‘lifestyle blogger’, not really. I always found that those sites could get a little washed-out, with a tendency to mull over the same topics in different shades of dusty pink. Or are we still doing khaki? Anyway.

The point is, unless I had something worth writing about I would never just sit down and write for the sake of it. Because I don’t want to spend time typing that drivel out, and you don’t want to spend time reading it. As my life has evolved over the past couple of years, I’ve had less time to think about things like ‘Godgle’ (3 March 2014… Why was I so worried about Google taking over the world?!) and am having to spend a lot more time worrying about things like… Loo roll.

Because, you see, I have flown the nest. Departed. Left on a jet plane. OK, nothing that dramatic: I moved about 1.4 miles down the road from said nest, into mine and Mr M’s first home. I’d love to tell you that it was all very glamourous, and it was, for a time. But then it all got a bit… dusty. Noel bought the house a few years ago and was in the process of revamping the entire place when he realised that I’m an amazing human being and must, therefore, agree to moving in with him at once. And so it went from his house to our home; skipping over some rather dull parts involving tradesmen that nearly sent me homicidal, lots of hours spent in home stores realising that we absolutely definitely one hundred percent need this rock-shaped outdoor candle, impulse-buying a ‘minimalistic’ coffee table that, it turns out, literally sits 10cm off of the ground (cheers eBay), we are now fully installed and cardboard-box free in La Maison.

We actually moved in just before Christmas 2015. It was all very cute, at least on the face of it: I had Otis Redding’s version of White Christmas playing on repeat (I finally stopped playing it about 3 weeks ago, much to Noel’s relief), there were dozens of Christmas cards propped up on the stupid fecking coffee table, and we had a beautiful ski holiday over the New Year. But – and here comes the honest part – nothing could prepare me for just how difficult running your own home really is. Now, don’t get me wrong: I wouldn’t change this for the world. Because as it turns out, this is just how adult life is. But it’s just a bit of a shock to the system at first.

The most experience I’d had of this kind was my first and second years at uni, where I lived in halls and in a shared house respectively. But realistically, the extent of your worries in those situations tends to get as far as making sure you don’t lock yourself out when you go to the 24-hour convenience store at 2:37AM to satisfy your Oreo cravings. Yes, there is some cleaning and cooking involved but it tends to be in a 9ft square space, where you only need to worry about feeding yourself.

When you get an actual normal human home, and not a pitifully-furnished box vaguely resembling images of Guantanamo Bay circa 1970, any idyllic visions you may or may not have had about life soon reveal themselves to be fanciful figments of your imagination.

Firstly, this: NONE OF MY NEIGHBOURS BROUGHT ME CAKE. What the actual fuck. I really thought that was a thing… I had (and still have) images of me and my NDNs becoming ultimate besties, throwing V-Day parties in the cul-de-sac, waving bunting and passing around the vol au vents for QUITE A LONG TIME. Turns out Carol and Keith next door – lovely as they are – aren’t big on baking. So that was one cupcake-shaped bubble that was violently burst within a short period of us moving in.

Secondly: tired. Just tired. It takes a few weeks to get used to the mental aspect of organising a house. Maybe it’s just because I am quite an organised, plan-friendly weirdo but to me, it seemed like I was constantly having to think about food shops, washing baskets, making sure nobody ELSE stepped on the FREAKING CARPET WITH SHOES ON, and trying not to pass out when your dearest mother invites her Jack Russell to join her on the very light coloured fabric sofa…

Noel travels a lot, and works extremely long days whereas my timetable is presently fairly easy-going, and so it made sense for me to be the one to take care of the house for the moment. But you never really anticipate how much there is to think about. Did I defrost the chicken? Did I lock the door? Are we going to be able to make it to the next scheduled recycling day before Noel takes delivery of enough cardboard-box packages from Amazon to practically rebuild the Great Wall of China, sustainable-style? And so on.

Thirdly: food. Oh my god. We had gotten very very used to eating out two, if not three times a day. And so I was really looking forward to bringing the food bill down between us. Yeeeeeaaaaaahhh… Nice try. Particularly when you’re still filling your store cupboards, the weekly shop is less of a functional activity and more a method of self-harm, to be honest.

I must take partial responsibility for that, though. My elderly grandparents tried to convince me that Waitrose was ‘just as cheap as any other shops!!’ and, being the sucker for all things fancy that I am, decided that against all odds, me, the no-income-having student, was going to start shopping at Waitrose. WAITROSE. The situation deteriorated rapidly when I discovered that, if you are a member of MyWaitrose, you are invited to take a seat at this wonderful free (FREE) (gratis) (gratuit) (F – R – E -E) coffee bar whilst, presumably, your minions carry out all your food shop needs. Well, I just didn’t like the way that all the cool ladies sipped their fecking coffees. So I signed up to MyWaitrose.

The following week I sat down with my £30 off voucher for my first ever Waitrose delivery. And then proceeded to spend somewhere in the region of £120 on a shop that, if we’re being serious here, lasted us about 4 days.

Suffice it to say, I now shop at Asda.

It’s been a few months now though, and, just in case you were mid-way through your application for assisted living, I can tell you it gets easier. It gets lovely, in fact. You start to care a little bit less about the niggling things that were the bane of your life at the start. You start to cut the manly one some slack for not keeping up with man jobs (I like my shelves vertically propped against the wall better anyway). You cease imagining that burglars are going to have moved in and be sat around drinking your Darjeeling every time you go away overnight.

If you’ve got this far and not realised it yet: I DONE A LIFESTYLE BLOG. I’ve decided, tonight, while I was hanging up my striped apron on a potentially injury-causing nail that sticks out of the kitchen wall for some unknown reason, that it might actually provide some humour, should you need it. And, I guess, a nice way to document this fast-changing time in our lives.

I’ll leave you with this scene from earlier on tonight, though, as a warning to you all. I like cake. I like cooking cake. I like eating the cake I have cooked. For a few weeks, I’ve been getting better at cooking cake. So far my efforts have successfully extended to placing freeze-dried strawberries atop a lemon drizzle.

For some strange fecking reason, tonight I decided to go for gold with a lemon and poppyseed, meringue buttercream filled… thing. I got a cake stand to home this creation. I was so, so ready for the Instagram snaps. The girls were coming over for tea, too, and I was anxious to show them my perfect, Mary Berry-esque baked delight. This was the prototype, the dream, the goal: 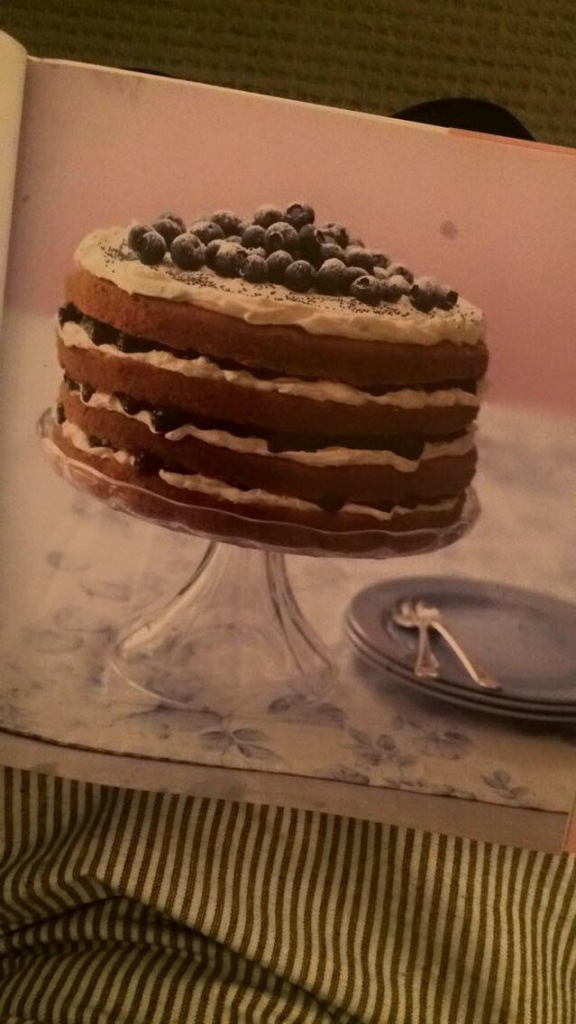 Five hours, three trips to ASDA and an intensifying sensation of having done something horribly wrong later, this happened: 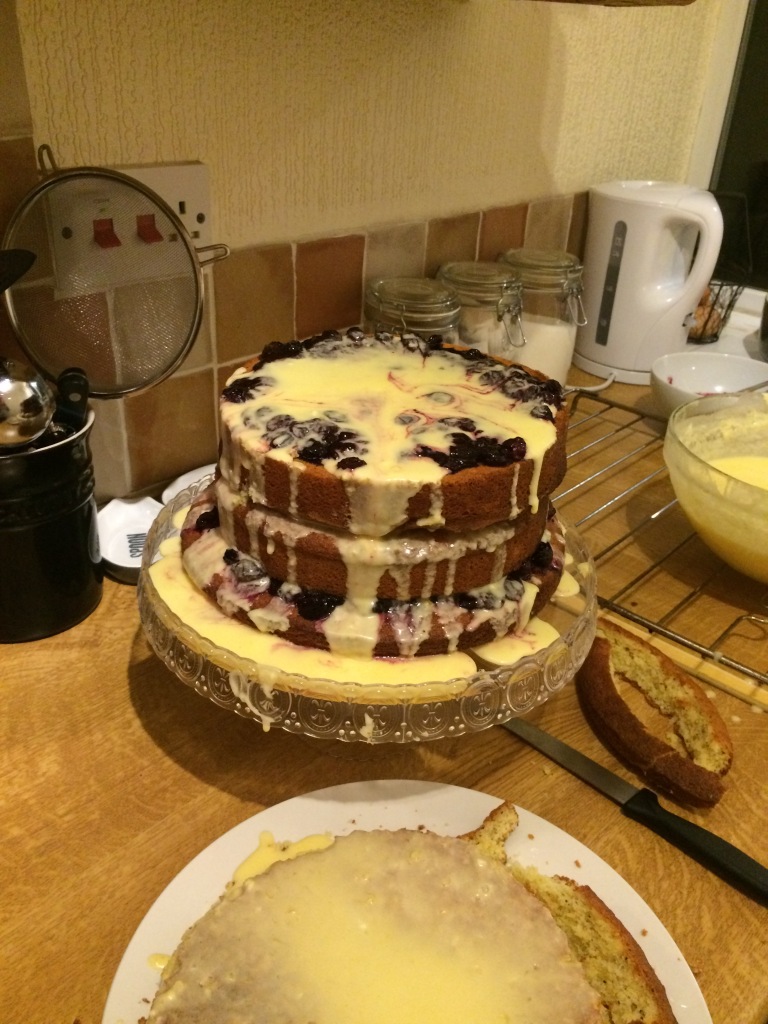 I honestly have no words. Also, my friends are terrible, terrible liars…

Morris on… Being biologically inferior

Legal Bizzle: How to Respond to Racial Discrimination