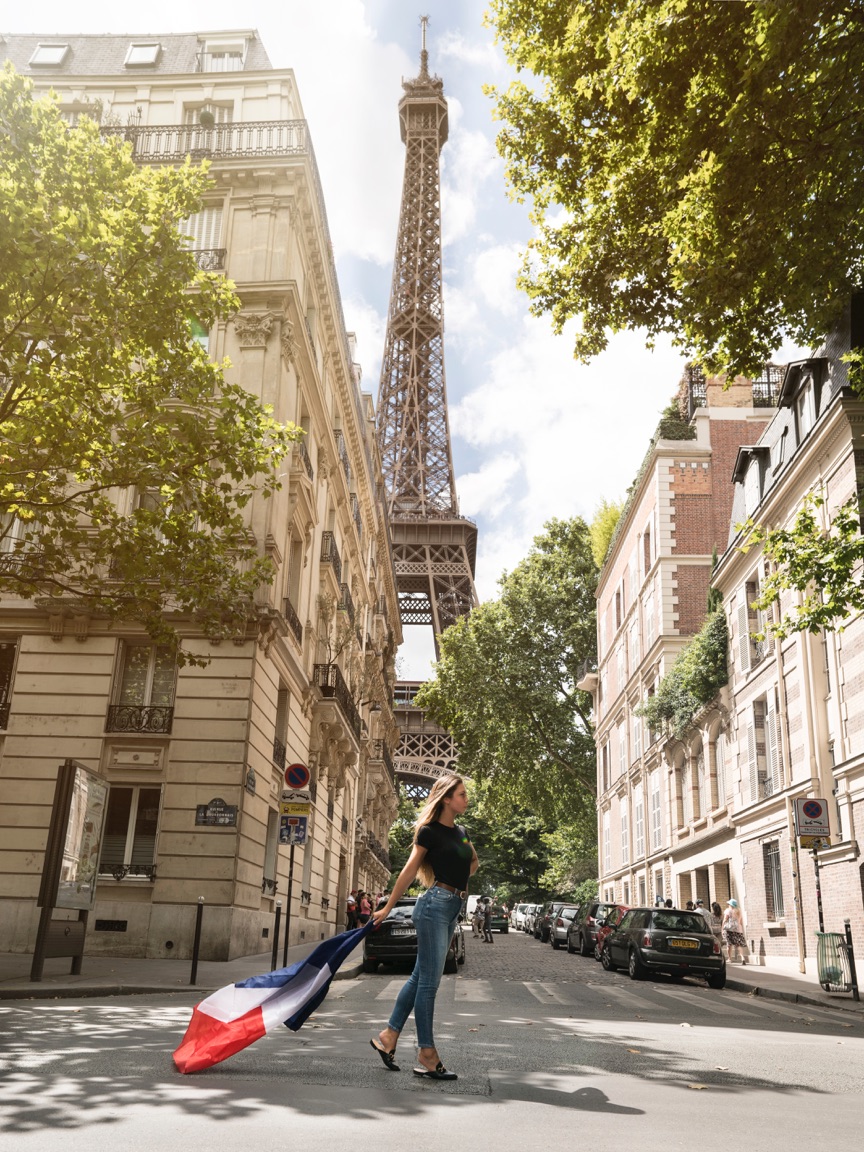 Every so often I’ll nip over to Paris quite early on a Saturday morning to see my grandparents, to shop and to eat, of course. I head home on the 14:50 flight back to Birmingham in time for work on a Monday. This weekend just gone, Noel was in Paris to check out the store that Gymshark are going to be using for their Paris pop-up in October, so I flew out to meet him on Saturday morning and we had a little wander around the city before heading out to Versailles to stay with my grandparents.

I generally go to Paris with an agenda – usually fashion-related – so it was kind of cool to just walk/uber around in the sun, eating crepes and stopping at some landmark spots. Noel had been playing with shooting the Eiffel Tower the day before with a coworker and had some stunning results: 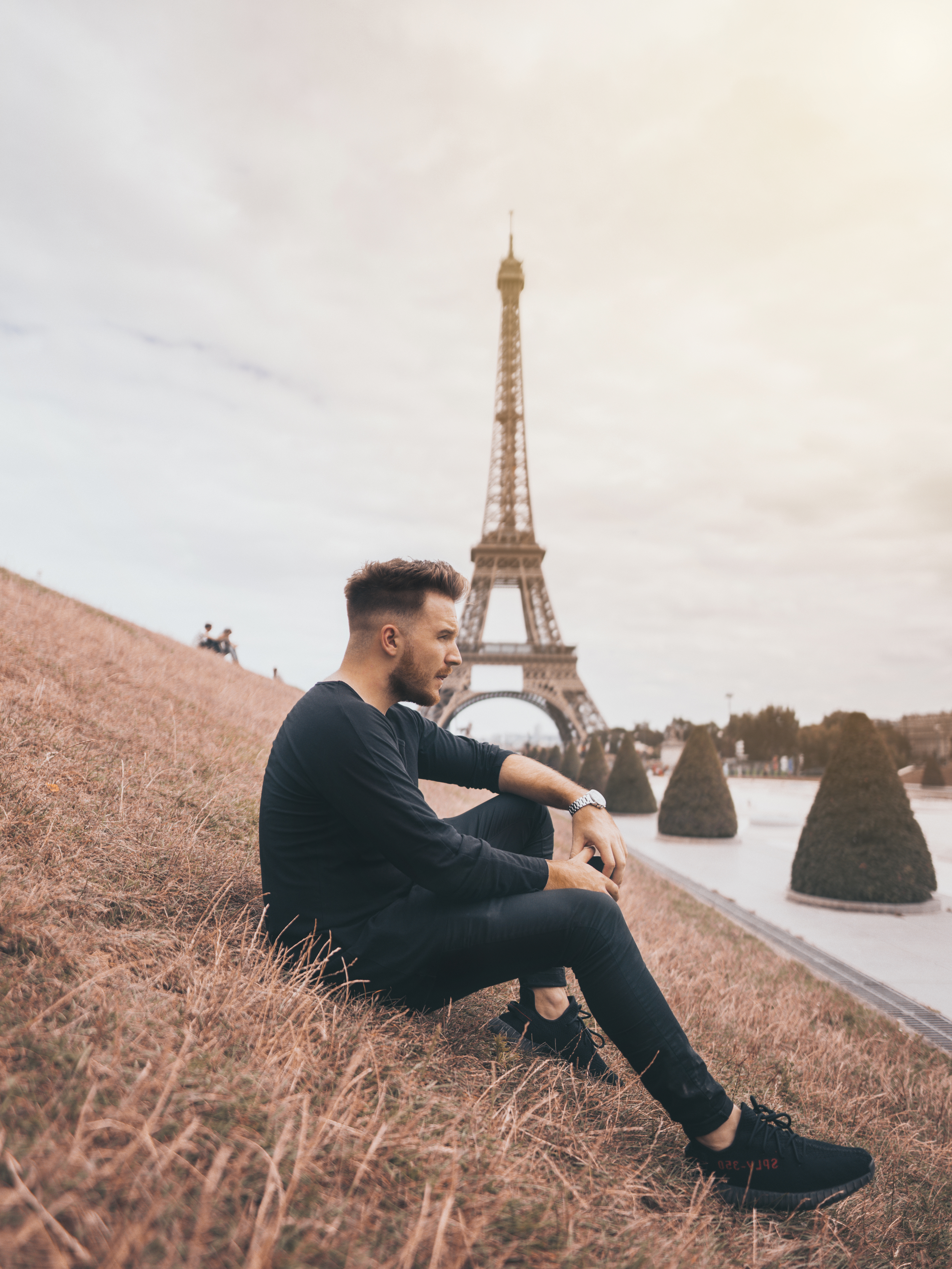 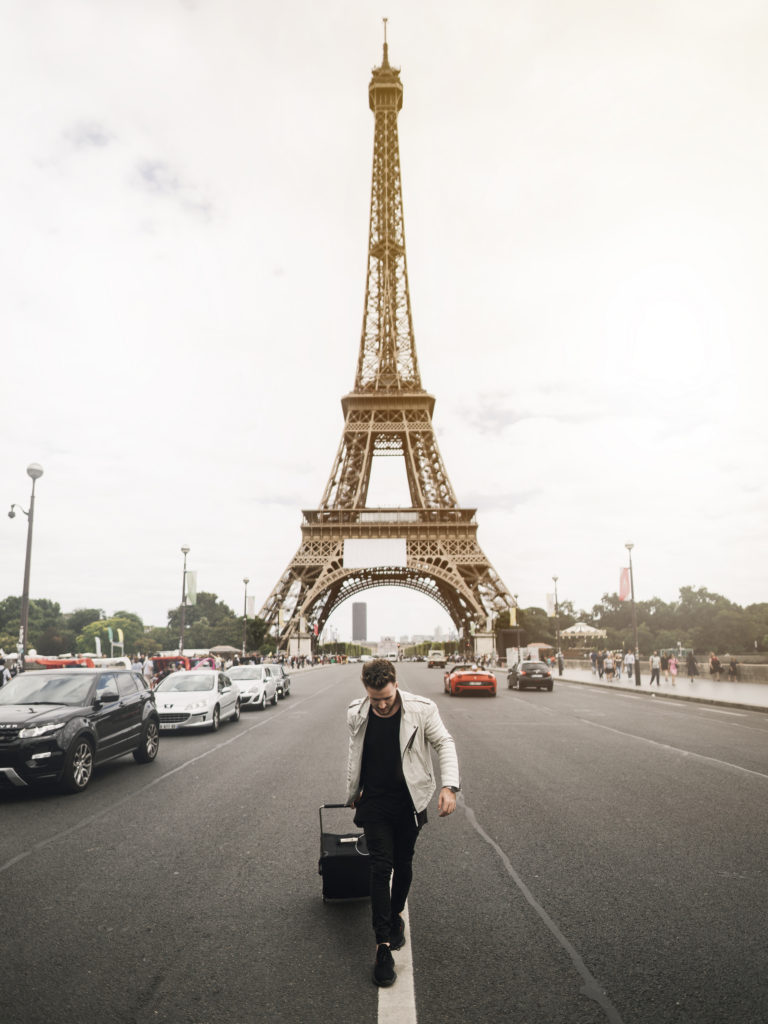 Noel was staying in Le Marais, an uber-cool part of town dotted with beautiful chateaux, cafés and “hidden” gardens and alleyways full of history. The architecture is really something, and there are more than a few foodstops worth passing by. 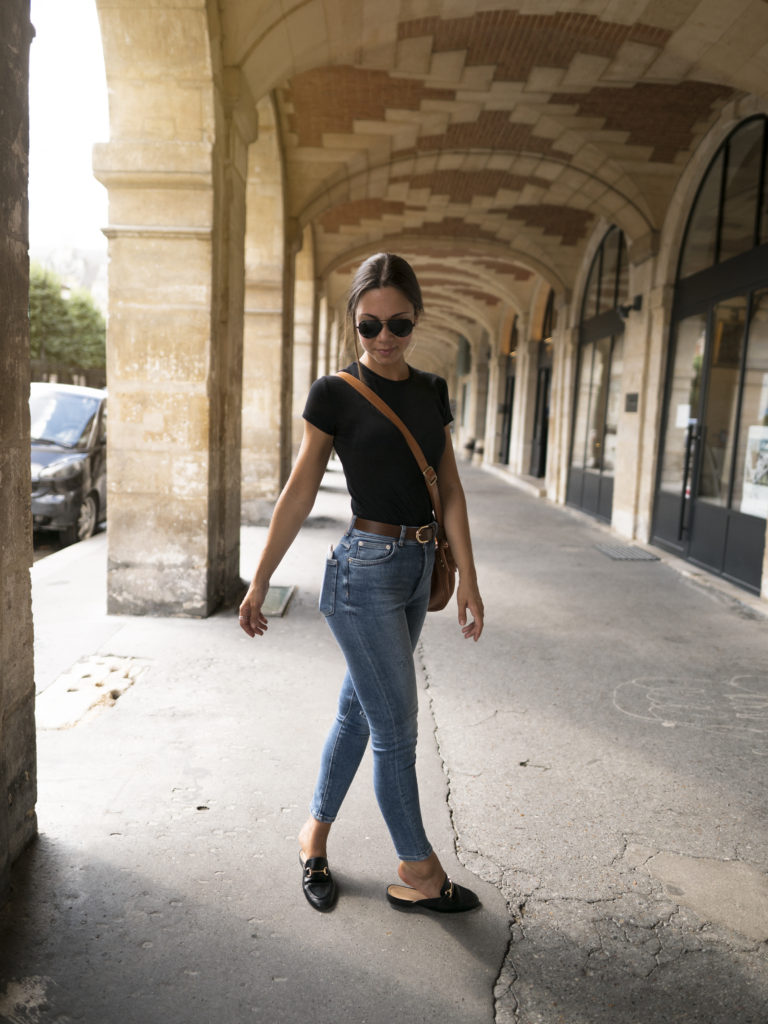 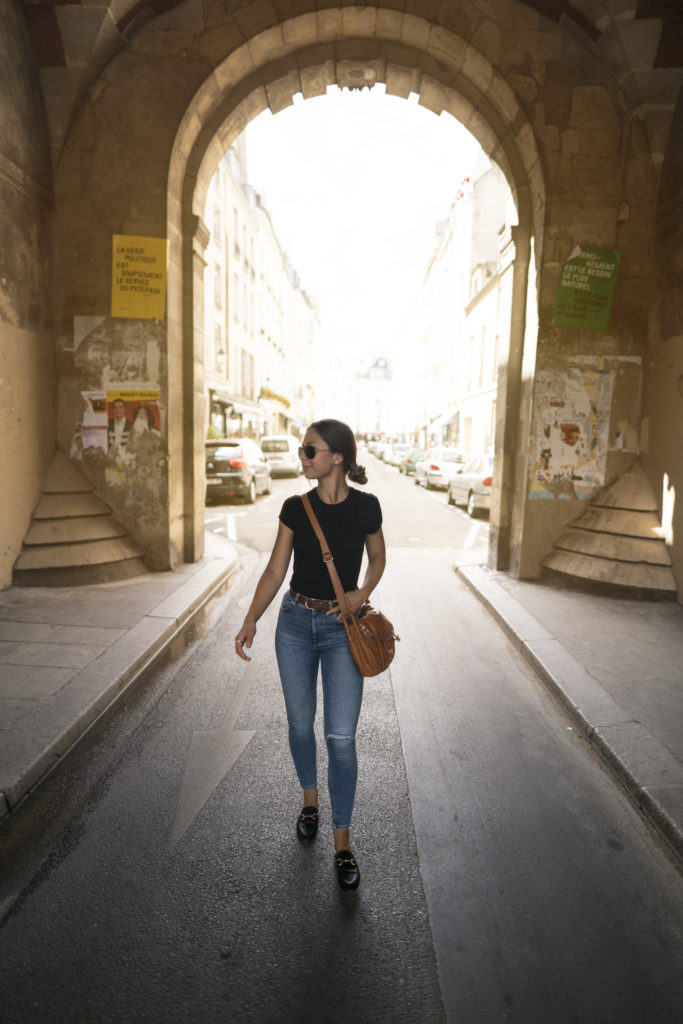 Around 2pm we headed to the Eiffel Tower as Noel wanted to try and find a side street to shoot from. We passed a memorabilia vendor on the way who was selling French flags, and picked one up for €10. We figured it’d make a pretty dramatic addition to a photo! I think I might make this a bit of a ‘thing’ now – taking a picture with a flag outside a landmark. It might be cool to see how many flags we end up with after a few years!

We came back to the hotel via the Louvre, where we stopped to have a look in the Apple Store underneath the pyramid (only Noel would go to a different country and want to see what the Apple Store looks like there). In fairness it was pretty damn cool, and I love that part of town regardless! We took a picture outside of the Louvre around two and a half years ago, so we had to go back and remake a classic… 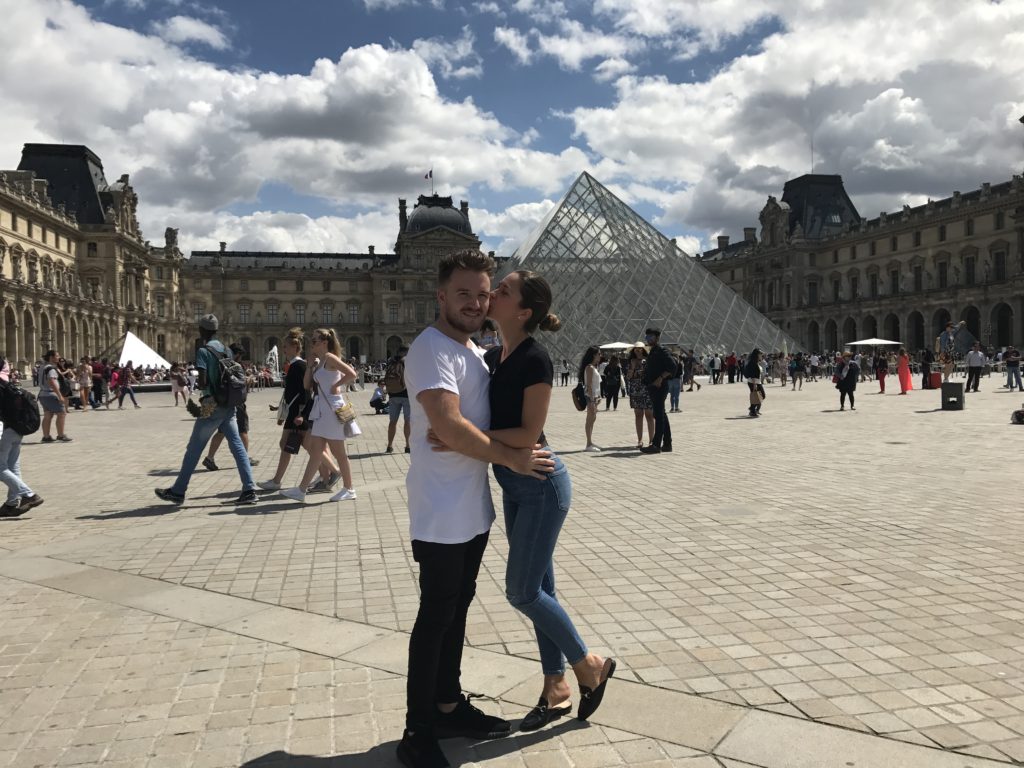 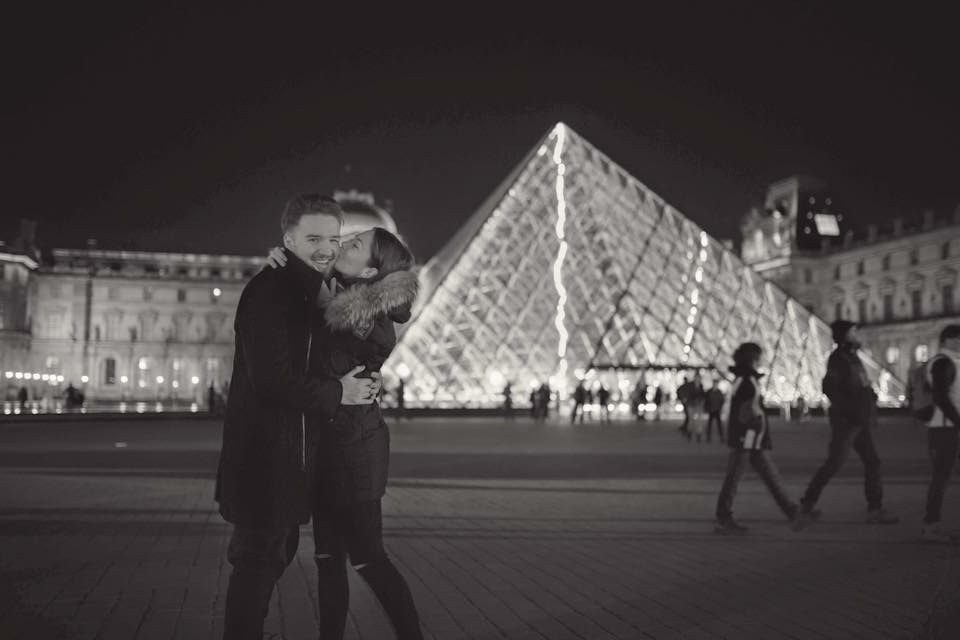 Later on in the afternoon we took a train to à Versailles and had dinner with my grandparents, then stayed with them for the night. Our flight was at 3pm the next day so Sunday morning essentially consisted of food, food and more food. My grandmother is the most stereotypical French grandmother you could ever think of, so you’re basically never ever hungry when she’s around! Diet starts today…